Kindergarten-Grade 2 -- Until he meets Marcia in the park, Eric doesn't speak -- his secret friend, the Night Shimmy (actually Eric in a mask and cape), does all his talking for him. When she accepts him and doesn't try to make him talk, he helps her fly her parrot kite. That night, instead of being guarded by the Night Shimmy, he is watched over by a giant parrot, and soon he finds the strength to be himself. The writing gives the definite impression of having been carefully constructed in layers of meaning, as do Browne's illustrations. Subtle images -- a serpent in the apple tree, eyes in the wallpaper -- grab readers and lead them to look for more levels of interpretation. But although the paintings are beautifully rendered and fascinating to pore over, the text has an inexplicably menacing tone, with a seemingly disturbed child as its main character. The Night Shimmy is more than a story about an invisible friend; it's a book about acceptance, strength, friendship, and more, which is all well and good -- but in this particular case, it's really one of an increasing number of picture books for adults. 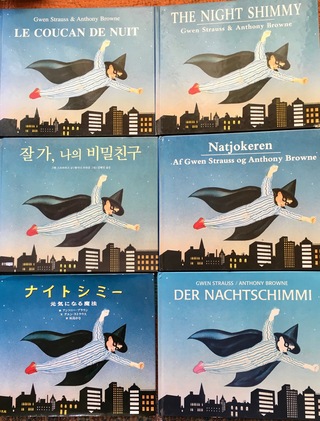 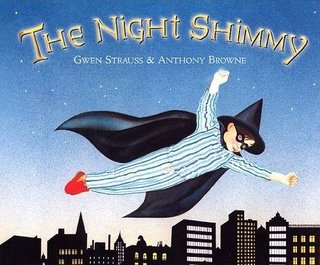 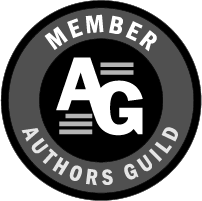