On Shame and Imperfection 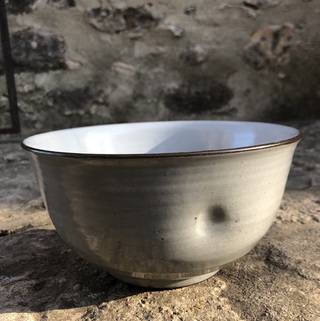 During the copy-editing phase of The Nine I was so grateful for the exacting and careful attention of the editors at St. Martin's Press. We went round after round and I was fairly confident that they had found all my errors (there were many) and that with their help the book would be perfect, (at least on the level of grammar, spelling, clarity).

But not so fast. My old thorn, my nagging mistake, the recurring fault that I can't seem to escape slipped through. When I speak French, I always make errors of gender; I mix up the 'le' and the 'la.' I can't get them straight.

When I first moved back to France in 2005, I was working for the Savannah College of Art and Design as the director of their French campus in Lacoste. One of my first tasks was to prepare for the visiting artist Patrick Dougherty. He needed a large quantity of willow branches to make one of his fabulous installations. Lacoste is located on a hilltop in the dry arid landscape of the Luberon. I knew the only place there would be water and willow was down in the valley along the Calavon river. In desperation, I went door to door to the houses along the banks, asking if we could cut down some of their willow. I asked for "la sole" which in fact means the fish called sole. Because I should have asked for "le saule" which is pronounced exactly the same, except the 'le' instead of the 'la' means willow tree.  Imagine their confusion as I asked to cut down their fish. They thought I was crazy. Patrick would arrive in a few days and I had yet to find his willow branches. I would fail utterly in my new job. I marinated in shame.

I have lived in France longer than anywhere else and I speak a fairly fluent French but I will never understand why something is 'le' or 'la'. I don't know how the French just know it. My children who were raised here, seem to know it. It's instinctive for them and not for me.

So here it is: on the very first page of The Nine, in the quote from Nicole's poem, I wrote (it was not her mistake, but mine) "un transmutation." Everyone knows it should be "une transmutation."

When this error was pointed out to me, and I knew it was probably too late to fix it, I found myself on old familiar ground: deep in a vat of shame. This is where my inner voice loves to find me and quickly spurs to action, "see you are a fraud. I've always known it and now everyone will see what a failure you are. You can't do anything right…" and so forth.

To get myself out of the shame pit, I remind myself of something I learned in Japan, years ago when I studied there as young whippersnapper. I have a ceramic bowl that would be perfect except the ceramist pushed a thumb into one side leaving a smooth dent. This was intentional, it was explained to me, a way of fighting against the ego of perfectionism. As an artist I was warned, the striving for perfection will stop you from making anything authentic. The need to be perfect can block you completely. It is a curse. I tell my ugly voice of shame, better to be messy, sloppy and to have written a book, than to have done nothing out of the fear of imperfection.

Patrick Dougherty did have willow branches enough to weave his installation. How that happened is another story. But if you have never seen a Patrick Dougherty installation, try to find one and take a child with you. There is such joy and delight in what he does; it is magical. The whimsy and enchantment of his work emerges through the spirit of improvisation, a kind of freedom which can only happen when we shun perfection.

So true for any endeavor!! Just do it!! Even if it is "wrong"! Next time it will be better! And as for Patrick Dougherty, all I can say is WOW!!

Oh, as someone raised [almost] bilingually, do I identify! I have a native accent, so my occasional mis-gendering of words tends to perplex the French I meet. My cousin taught me a trick though that is quite valuable - all words ending in "tion" are feminine. Donc, "la transmutation" indeed. Many times when I hesitate over "le" or "la" I whip out a "tion" word and end up sounding rather well-vocabularied. (How the French memorize gender is astonishing to me. I NEVER hear them hesitate.)